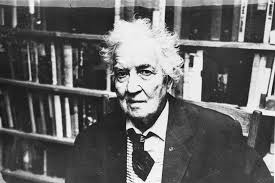 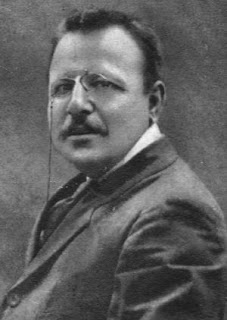 Metal-joining operations are usually divided into three categories: brazing, soldering, and welding. The definitions seem remarkably similar. The primary difference between soldering and brazing requires a heating temperature above 450 °C (840 °F) but below the solidus temperature of the substrate metal(s) the difference between these two processes and welding is that welding may no require a filler metal and the metal surfaces to joined will fuse locally.
For dental applications the term soldering is commonly used to describe the build-up of contact area of joining of two metal parts such as components of a fixed partial denture or an intraoral appliance.

The soldering process involves the substrate metal(s) to be joined, a filler metal (usually called solder), a flux, and a heat source.
All are equally important, and the role of each must be taken into consideration to solder metal components successfully.
Some of the terms and definitions listed in the key term section are modified versions of those provided in the Metals Handbook, Desk Edition (1992). The terms and definitions that follow serve as a reference to differentiate among brazing, soldering, and welding. Because the liquidus temperature of the filler metal is the only difference between the terms brazing and soldering, the term soldering is used subsequently as a general term to describe both processes.


The substrate metal, sometimes known as the basis metal, is the original pure metal or alloy that is prepared for joining to another substrate metal or alloy.
Before casting became the popular method of producing metal prosthetic structures, many appliances were constructed by forming shapes from wrought plate and wire and then soldering these pieces together to produce the required configuration.
Dental casting alloys that can be soldered or welded include gold-based, silver-based, palladium-based, nickel-based, cobalt-based, and titanium-based alloys, as well as commercially pure titanium. Note that principles for soldering or welding are the same for any any substrate metal. Thus the individual who performs the soldering or welding procedure for cleaning the surfaces to allow intimate contact with molten filler metal, the most compatible filler metal to be used, and the heating temperature that will ensure adequate flow of filler metal or fusion of adjacent surfaces if weldering is performed. The composition of the substrate metal determines its melting range. As previously noted, the the soldering should take place below the solidus temperature of the substrate metal(s). The composition of the substrate metal determines the oxide that forms on surface during heating, and, if used, a flux must be able to reduce this oxide, inhibit further oxidation, or facilitate its removal. The composition and cleanliness of the substrate metal and the temperature to which it is heated determine the wettability of the substrate by the molten solder alloy. The solder chosen must wet the metal at as low a contact angle as possible to ensure wetting of the joint area. To prevent flow onto adjacent areas, an antiflux such as rouge mixed with chloroform can be painted on the areas before heating the assembly.


The manufacture or supplier is responsible for providing explicit instruction for eliminating the oxide layer during the joining process. The instructions for every alloy should also include a recommendation for the appropriate filler metal (solder) and flux. For alloys that will be bonded to porcelain, this recommendation should include filler metals for both prefiring (presolder) and postfiring (postsolder), and appropriate flux for the substrate alloy. As stated earlier in this chapter, the technical term for joining metals before firing of the veneering ceramic layers is presoldering (or prebrazing), and the technical term for joining metals after the veneering process is postsoldering (or postbrazing).
Phillips' Science of Dental Materials

Italy was a marginal member of the great power system in 1890, but Japan wasn’t even in the club. For centuries it had been ruled by a decentralized feudal oligarchy consisting of territorial lords (daimyo) and an aristocratic caste of warriors (samurai). Hampered by the absence of natural resources and by a mountainous terrain that left only 20percent of its land suitable for cultivation, Japan lacked all of the customary prerequisites for economic development. Isolated from the rest of the world by a complex language with no close relatives and an intense consciousness of cultural uniqueness, the Japanese people remained inward-looking and resistant to foreign influences well into the second half of the nineteenth century. For all these reasons, Japan seemed destined to remain politically immature, economically back-ward, and militarily important in world power terms. Yet within two generations it had become a major player in the international politics of Far East.


The cause of this transformation, effected by the Meiji Restoration from 1868 onward, was the determination of influential members of the Japanese elite to avoid being dominated and colonized by the west, as seemed to be happening elsewhere in Asia, even if the reform measures to be taken involved the scrapping of the feudal order and the bitter opposition on the samurai clans. Japan had to be modernized not because individual entrepreneurs wished it, but because the state needed it. After the early opposition had been crushed, modernization proceeded with a dirigisme and commitment which makes the efforts of Colbert or Frederick the Great pale by comparison. A new constitution, based upon the Prusso-German model, was established. The legal system was reformed. The educational system was vastly expanded, so that the country achieved an exceptionally high literacy rate. The calendar was changed. Dress was changed. A modern banking system was evolved. Experts were brought in from Britain’s Royal Navy to advise upon the creation of an up-to-date Japanese fleet, and from the Prussian general staff to assist in the modernization of the army. Japanese officers were sent to western military and naval academies; modern weapons were purchased from abroad, although a native armaments industry was also established. The state encouraged the creation of a railway network, telegraphs, and shipping lines; it worked in conjunction with emerging Japanese entrepreneurs to develop heavy industry, iron, steel, and shipbuilding, as well as to modernize textile production. Government subsidies were employed to benefit exporters, to especially of silk and textiles, soared. Behind all this lay the impressive political commitment to realize the national slogan Fukoku kyohei (rich country, with strong army). For the Japanese economic power and military/naval power went hand in hand.


But all this took time and the handicaps remained severe. Although the urban population more than doubled between 1890 and 1913, numbers engaged on the land remained about the same. Even on the eve of the First World War, over three-fifth of the Japanese population was engaged in agriculture, forestry, and fishing; and despite all the many improvements in farming techniques, the mountainous countryside and the small size of most holdings prevented an agricultural revolution on say, the British model. With such a bottom heavy agricultural base, all comparisons of Japan’s industrial potential or of per capita levels of industrialization were bound to show it at or close to the lower end of the Great Power lists (see Tables 14 and 17 above). While its pre-1914 industrial spurt can clearly be detected in the large rise of its energy consumption from modern fuels and in the increase in its share of world manufacturing production, it was still deficient in many other areas. Its iron and steel output was small, and it relied heavily upon imports. In the same way, although its shipbuilding industry was greatly expanded, it still some ordered some warship elsewhere. It also was very short of capital, needing to borrow increasing amounts from abroad but never having enough to invest in industry, in infrastructure, and in the armed services. Economically, it had performed miracles to become the only nonwestern state to go through an industrial revolution in the age of high imperialism; yet still remained, compared to Britain, the United States, and Germany, a industrial and financial lightweight.


Two further factors, however, aided Japan’s rise to Great Power status and help to explain why it surpassed, for example, Italy. The first was geographical isolation. The nearby continental shore was held by nothing more threatening than the decaying Chinese Empire. And while China, Manchuria, and (even more alarming) Korea might fall into the hands of another Great Power, geography had placed Japan far closer to those lands than any one of the other imperialists states-as Russia was to find to its discomfort when it tried to supply an army along six thousand miles of railway in 1904-1905, and as the British and American navies were to discover several decades later as they wrestled with logistical problems involved in the relief of the Philippines, Hong Kong, and Malaya. Assuming a steady Japanese growth in East Asia, it would only be by the most extreme endeavors that any other major state could prevent Japan from becoming the predominant power there in the course of time.


The second factor was moral. It seems indisputable that the strong Japanese sense of cultural uniqueness, the traditions of emperor worship and veneration of the state, the samurai ethos of military honor and valor, the emphasis upon discipline and fortitude, produced a political culture at once fiercely patriotic an unlikely to be deterred by sacrifices and reinforced the Japanese impulses to expand into Greater Asia, for strategical security as well as market and raw materials. This was reflected in the successful military and naval campaigning against China in 1894, when those two countries quarreled over their claims in Korea. On land and sea, the better-equipped Japanese forces seemed driven by a will to succeed. At the end of that war, the threats of the triple intervention by Russia, France, and Germany compelled an embittered Japanese government to withdraw its claims to Port Arthur and Liaotung Peninsula, but that merely increased Tokyo’s determination to try again later. Few, if any, in the government dissented from Baron Hayashi’s grim conclusion.

If new warships are considered necessary we must, at any cost, build them: if the organization of our army is inadequate we must start rectifying it from now; if need be, our entire military system must be changed…


At present Japan must keep calm and sit tight, so as to lull suspicious nurtured against her; during this time the foundations of national power must be consolidated; and we must watch and wait for the opportunity in the Orient that will surely come one day. When this day arrives, Japan will decide her own fate…

Its time for revenge came ten years later, when its Korean and Manchurian ambitions clashed with those of czarist Russia. While naval experts were impressed by Admiral Togo’s fleet when it destroyed the Russian ships at the decisive battle of Tsushima, it was the general bearing of Japanese society which struck other observers. The surprise strike at Port Arthur (a habit begun in the 1894 China conflict, and revived in 1941) was applauded in the West, as was enthusiasm of Japanese nationalist opinion for an outright victory, whatever the cost. More remarkable still seemed the performance of Japan’s officers and men in the land battles around Port Arthur and Mukden, where ten of thousands of soldiers were lost as they charged across minefields, over barbed wire, and through a hail of machine-gun fire before conquering the Russian trenches. The samurai spirit, it seemed, could secure battlefield victories with the bayonet even in the age of mass industrialized warfare. If, as all the contemporary military experts concluded, morale and discipline were still vital prerequisites of national power, Japan was rich in those resources.

The Rise and Fall of the Great Powers 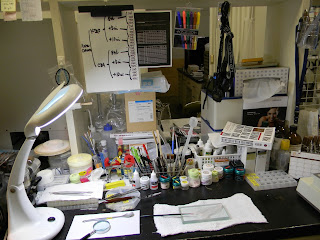